One time, I was in Jerusalem and saw a bumper-sticker that read, “Think good and it will be good”—I guess a reference to the power of positive thinking. More and more I hear rabbinical teachers saying that the negative has been abolished for Israel and just the good is going to come. Case in point:  the last days.  If one reads Jeremiah 30:7, “How awful, for great is that day, there is nothing like it, and a time of trouble it is for Jacob, and (but) out of it he will be saved.” This verse clearly teaches like so many other prophecies that there will be a very difficult (the most difficult) period of time for the Jewish people prior to Messiah’s returning to establish His Kingdom. Even though this must happen, leaders are saying that this time for our people has been canceled or fulfilled by the holocaust.

As much as I would like this to be the case, there is no Scriptural evidence to support this view. Nowhere in the Bible does it say that the Lord will cancel the period of time of affliction that will fall upon Israel and the Jewish people immediately prior to the coming of the Messiah. Why will this affliction come? The answer is because God is faithful. One reads in this week’s Torah portion,

“See, I am setting before you today blessing and curse. The blessing: that you should obey the commandments of the Lord your God, which I am commanding you this day. And the curse if you do not obey commandments of the Lord your God and turn from the way which I am commanding this day to walk after other gods which you did not know.” Deut. 11:26-28

Hence God will not just cancel out the bad (the curse) when one disobeys Him; rather, due to His faithfulness to His word, the one that rejects His word will reap the consequences. One needs to understand that the curse is necessary to bring the disobedient person to repentance.

I am not a prophet, but this ought to be clear to all. Judaism has become more and more, over the last two thousand years, a religion based on the teachings, thoughts, and opinions of man rather than on Scripture. Each day I listen to several rabbinical lectures, mostly on a cable station called “Hidabrut”. Rarely do any of the teachers share a message based on a verse by verse study of a biblical text. When Scripture is quoted the interpretation is usually some mystical view far removed from the context. But there are exceptions. A while ago, I heard a young rabbi speak on the last days from Daniel chapter 2. He correctly spoke of the great image that will be set up as referring to an evil empire that will arise in the last days that will rule the world and defy the teachings of God and severely persecute the Jewish people. He then asked what is our hope? He then quoted from Daniel 2:34,

It was this stone that Daniel goes on to inform the reader that destroyed the image (evil empire). Correctly the rabbi said this stone is the Messiah who will come at the last days and deliver Israel and the Jewish people from all the nations (empire) that will come against us.

The Scripture is most clear about what the future holds for Israel, the good and the bad (the blessing and the curse). God will not simply cancel out the curse. To do so would remove the very heart of what the opening verses of our parasha reveal— that man has free will and must exercise this free will in light of Scriptural truth.

The curse is coming, but one can avoid it not because it has been canceled, but because Messiah has taken it upon Himself, so we by grace could be saved. 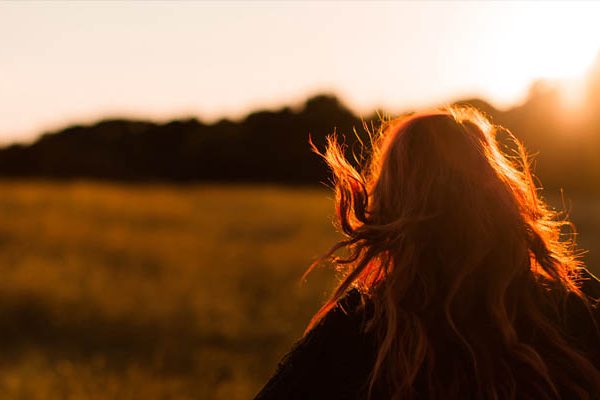