The Old Testament contains several Books of Wisdom, including the Book of Ecclesiastes. The meaning of Ecclesiastes is sometimes rendered “the Teacher” or “the Preacher.” Eugene Peterson, author of The Message translation, calls Solomon, the book’s probable writer, “the Quester,” because of the experiential stance of the writing in the book, giving voice to what is so basic among men and women throughout history. The author experiences a ‘quest,’ an active search for answers to profound observations concerning his life experiences. Some commentary consists of insightful, empirical observation about the world of nature.

Inspiration for our current post comes from the devotional for June 8, 2019 in the popular daily publication Our Daily Bread. The application section applied a lesson from the bowling alley where routine tasks must be repeated again and again. Bowling pins must be reset time and again. Many mundane tasks such as laundry, cooking, and mowing the lawn must be repeated, seemingly endlessly. The musings of Solomon are ambivalent in his Book of Wisdom. On one hand he complains about common cycles, expressing disappointment, doubt, discouragement, and even despair about the way things are, sometimes categorizing ordinary events of life as “meaningless, a chasing after the wind.” Eugene Peterson colorfully paraphrases such repetitive events “…nothing but smoke—and spitting into the wind.”

An alternative interpretation of Solomon’s writings may be that he approached some daily cycles with realism and resignation, if not humor. Even in chapter 1 he observes, “What has been done will be done again: there is nothing new under the sun” (Eccl.1:9 NIV.) Surely Solomon and his subjects were richly blessed by natural astronomical and meteorological cycles. In a day several thousands of years before the Scientific Revolution, the Quester took note of life sustaining phenomena such as the sun’s daily (diurnal) motion, atmospheric circulation, and the water cycle. His empirical analysis of these daily life-sustaining features of our environment argues against Solomon’s sometimes depressing observations. Solomon’s underlying respect for the majesty and righteousness of the Creator shines through his sometimes pessimistic tone.

Solomon was a ‘preacher’ or ‘teacher.’ He was not a scientist in modern terms, but his  insights were scientific in terms of his observational skills. What did the ancients believe about the motion of the Sun which rises and sets and “hurries back to where it rises?” Until the Scientific Revolution, many ancients still believed in geocentrism: The Earth was the center of the universe and the Sun, Moon, and other planets revolved around the Earth. Many ancient people even believed in a flat earth. Many who did not subscribe to a flat earth had difficulty believing that the earth rotates since it seemed unreasonable that we would not “feel” the earth rotating at hundreds of miles per hour. This was within the scope of Solomon’s observational abilities. However, it was long before the days of humanity’s grasp of real vs apparent motion and their cause and effect relationship with respect to astronomical bodies.

In the arena of atmospheric circulation, our Quester was prescient in recognizing the meteorological cycles inherent in Earth’s wind flow. “The wind blows to the south and turns to the north; round and round it goes, ever returning on its course,” Solomon observed. In a more complex insight, we sense how deeply he mused about the sequence of evaporation, condensation, precipitation, and the return flow of liquid water back to the sea from where it originated. We now speak of the modern water cycle, also known as the hydrological cycle.

Another scientific insight is presented in Chapter 3:1-8. Nine consecutive verses begin with the subject of time. The author claims there is an appropriate time frame for every human activity “under heaven.” Time is a linear dimension. As such, it is a scientific concept. Implanted along the dimension of time, according to Solomon, is the overarching flow of human experience as we strive to give temporal and eternal meaning to our lives.

Other examples of physical recycling appear periodically within the twelve chapters of Ecclesiastes. A poignant example is the ultimate temporal fate of physical death for all in this world, both men and animals. In Eccl. 3:19-20 we read, “Man’s fate is like that of the animals; the same fate awaits them both; as one (an animal) dies, so dies the other (man)…..All go to the same (physical) place; all come from dust, and to dust all return.” Along the pathway of life we are made aware of the relentless progress of senescence, the tendency of the human body to deteriorate physiologically as old age approaches. Senescence is an intrinsic characteristic of all living things in the firm grip of the Law of Entropy. Read about the approach of human senescencein the poetic description of the onset of old age in Eccl. 12:1-7.

In later chapters, Solomon offers hope. He offers “…the conclusion of the matter” in Eccl. 12:13: “Fear God and keep his commandments, for this is the whole duty of man.” This advice overpowers the temporary discouragement experienced in our personal quest for life’s meaning. 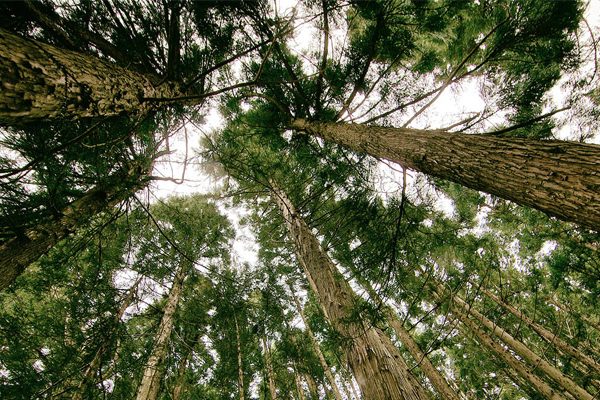