It was beyond heartbreaking to see such evil prevail in the minds and hearts of 44 US Senators who voted against protecting the babies. Every Senate Democrat running for president included, and the result has left a devastating mark on the pages of our nation’s history.

This vote followed states that legalized abortion until birth and green-lighted infanticide for the survivors. As a result, many pro-lifers may have become discouraged.

They shouldn’t. Behind this legislative turmoil is actually a reason to be optimistic.

The dark forces advocating abortion on demand see that their grasp on our nation is slipping, and aren’t about to go down without a herculean fight.

That fight is now intensifying.

The cause for LIFE has made remarkable advancements during the last couple of years.

Primarily with the nomination and confirmation of two US Supreme Court justices, which have likely put Roe v Wade on borrowed time. Don’t forget the many district and appellate court judges being confirmed.

The recent debate on late-term abortion and infanticide has opened the eyes of countless Americans to the extreme agenda of pro-abortion activists and the abortion industry. Even millions spent on public pro-life education wouldn’t have reached as many people.

This debate has the focus of the President of the United States, Congress and state legislatures. The buzz on social media has lasted for weeks and continues.

And it’s showing in the polls.

The day of the Senate’s vote, a Marist poll revealed a dramatic change in those who self-identify as “pro-life” or “pro-choice.”  Just weeks ago, their polling showed both camps with 47%. Further, their tracking on abortion has remained fairly stable over the years.

That all changed with their latest poll that indicated a 17-point gap favoring “pro-life”! And what’s more, Democrats and people under 45 are the catalyst for this change.

The President continues to rack up victories for the babies. Recently, his administration issued the final version of the Protect Life Rule which draws a vivid line between family planning and the abortion industry. Planned Parenthood stands to lose up to 60-million dollars of Title X funding which has served as their personal slush fund to promote an extreme abortion agenda.

State legislatures and governors are not sitting on the sidelines. Here’s just a recent sample. Arkansas passed a law to end abortion when Roe is overturned. In the meantime, the House has passed a bill to end abortion after 18 weeks. Arizona defeated an attempt to legalize infanticide. After the debate, pro-abortion legislators had serious regrets because it has put them at risk for reelection. The Utah House Judiciary Committee passed a bill to end abortion after 18 weeks. The Kentucky House passed legislation to end abortion once Roe is overturned. And a legislative committee passed protection against discrimination for unborn babies with Down syndrome. A Tennessee subcommittee okayed a bill to protect unborn babies once their heartbeat can be detected. Representative Micah Van Huss voiced the heart of many legislators across America, “One of our primary responsibilities as government is to keep our citizens safe. And the killing of our citizens needs to stop.” These pro-life bills would add to hundreds of others enacted over recent years. LIFE is winning! So, shake off these grave disappointments and keep your eyes on the goal. You and I are working to save babies from the unspeakable horror of abortion and infanticide. They depend upon our continued passion and determination to protect them from the abortion industry.

When we do, we’ll see more scenes like this in America. 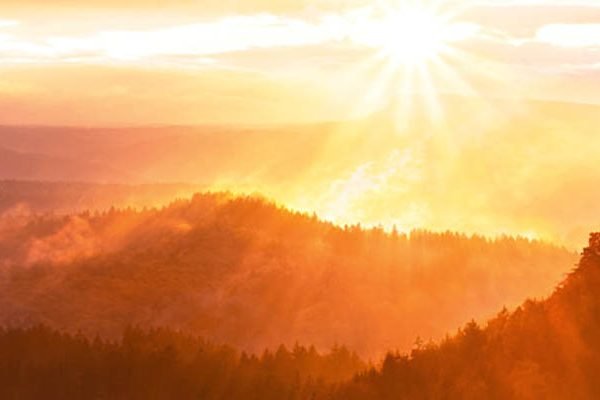 The Power of God

Looking at Suffering Through Two Lenses

When Should Kids Play Video Games?