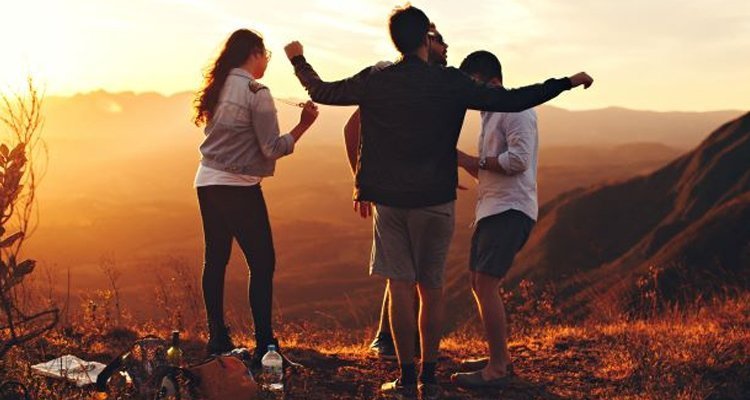 There is a good, better, best pattern to the Christian life. To be in Christ is good. To be with Christ is better, better by far. But even for those who are with Christ now, the best is yet to be.

I want to encourage you as we look together at what the Bible has to say about the story of the body, starting at creation and culminating in the resurrection body. We are going to look at four doctrines that take us through this narrative and teach us the importance of the body.

Creation: God made us body and soul

The LORD God formed the man of dust from the ground and breathed into his nostrils the breath of life, and the man became a living creature (Genesis 2:7).

The doctrine of creation tells you what you are: A body/soul unity. God made the body of Adam from the dust of the ground. It was a biodegradable corpse, but then into this corpse, he breathed the breath of life. So the life of Adam is a body/soul union.

This is the reason that the Bible sometimes speaks about death as an “enemy,” or as the “last enemy.”  Because death is the undoing of our nature. It is the tearing apart of what God has joined together.

You have a cell phone. But if it is not connected to a network, it is no longer a phone. It cannot fulfill the function for which it was made. The same can be said for the network. The fact that there is a cellular network is of no value to you if you do not have a phone. It is the joining of the two together that makes this wonderful gift of telecommunication possible.

Our bodies, as we experience them, are very different from the bodies that Adam and Eve experienced as they were created by God in the garden. They had no aging, no disease, no pain, and no death. All of that came with the entrance of sin into the world.

Sin has afflicted every area of our lives. That would include tooth decay, cholesterol that goes up, energy that goes down, skin that sags, bones that ache, eyes that need glasses, and hearing that declines.

We live with the trials of chemical imbalances in the body, and hormones flying around out of control. On top of that, a multitude of diseases, maladies, and conditions that afflict various people at various times during the course of their lives.

Incarnation: Christ became one with us in body and soul

God became a man in Christ Jesus. The body of Jesus was a body like ours with a central nervous system. He grew in strength from a baby to a child to a man, and he knew what it was to be hungry, thirsty, and weary.

The first heresy, the first false teaching that the early church had to contend with was not the denial that Jesus was God, but the denial that he was man. In that culture people got to thinking, “How could God, who is pure spirit, possibly get mixed up with something as base as the human body?”

There was a nervousness about the Son of God taking on human flesh, but that is precisely what the Bible teaches. That’s why you find in 2 John 7:

Many deceivers have gone out into the world, those who do not confess the coming of Jesus Christ in the flesh.

But the Bible doesn’t say, “the Word remained spirit.”  It says, “the Word became flesh!”  God entered the world of noisy kids and pushy parents, the world of overcrowded schedules and unscrupulous traders, the world of relentless pressures and unending demands.

When Jesus went to the cross, he died, not only to save your soul, but also to redeem your life! That means God invading every part of your life– marriage, checkbook, career, kids–everything!

Resurrection: Christ will redeem us body and soul

All religions have some belief in the idea of survival after death. This is also true of popular culture. That’s why when they made a movie about the Titanic, Celine Dion sings of how “My heart will go on.”  Some idea of the survival of the soul is common to humanity.

But the resurrection of the body is unique to Christianity. Only Christians have a risen Savior. At the heart of our faith is the great truth that the tomb was empty, that the corpse of Jesus was raised to life, and that all who belong to him will share in his resurrection.

The resurrection of the body is a Crown Jewel of the Christian faith. It is a truth to be treasured and put on display for all to see. We should be proud of this and commending it to the world.

It is a promise to excite our interest, a hope to anticipate with joy. It is a tragedy that many Christians do not have a firm grasp on this wonderful truth.

I have met many Christians, good people, who have the sub-Christian idea that what God has prepared for us is a kind of half-life, a compensation for those who did not have the strength to continue with real life in this world.

But friends, the resurrection is the purpose for which you were created by God and redeemed in Christ!