Many world residents are immersed in fear during the current coronavirus pandemic. At this writing many European countries are imposing renewed lockdowns. The United States has not imposed national lockdown rules, but local jurisdictions have done so. Spirited discussion has been generated regarding the efficacy of rigidly detailed regulations, social distancing, and on-line learning requirements for our students. In spite of a plethora of detailed rules, observations persist that COVID-19 cases, somewhat slowed, occur notwithstanding our finest medical efforts to control the spread of the novel virus. Public commentators describe it with terms such as plague, pestilence, or pandemic.

Humanity has coped with pathogens—infectious agents—from the beginning of human habitation on this planet. Each pathogen has its own pattern of characteristics, including means of spread, incubation period, symptomology, virulence, speed of recovery, treatment protocols, and degree of lethality. Bioscientists are currently focused on developing a remedy for the COVID-19 pathogen as rapidly as possible. Informational lists of viral pathogens and their characteristics are available on websites such as ViralZone. Such lists can be overwhelming, causing us to wonder why we are not victims of viral illnesses regularly!

Human pandemics have sickened and killed millions of people in the last three millennia of human existence. Plague, a bacterial disease, wiped out the greatest number, upwards of 250 million souls. Bubonic and pneumonic plague have largely disappeared from the Earth, due to improved hygiene, better control of disease vectors such as rodents, and quarantine. Smallpox, a viral disease which killed over 56 million people, was banished from planet Earth in 1977—a medical triumph.

Native American population, variously estimated to be up to 60 million in pre-Columbian times, lost up to 90% of their population from Old World pathogens, largely smallpox. It devastated a remarkable civilization. New World Indian population may have exceeded the population of Europe at the time, some experts believe. European explorers of the New World in the middle of the millennium were intent on finding new trade routes and riches. New World native people were unaccustomed to horses and warfare using metal swords and armor, rifles and cannons. With their inferior technology and unconventional warfare, they always lost military battles to the Europeans. They did not yet possess the wheel. More horrors followed for Native Americans for many years to come.

The Europeans’ most lethal weapon may have been the onset of viral pathogens which devastated the Indian culture and society. Never having been exposed to Old World pathogens, native populations possessed virtually no natural resistance to Old World diseases. The explorers/conquerors had acquired some immunity in their Old World homes by virtue of many having been infected by these diseases, later to recover, but Native American Indians had virtually no immunity. According to Charles C. Mann, author of 1491—New Revelations of the Americas before Columbus, “…there is some scientific evidence that Native Americans were for genetic reasons unusually susceptible to foreign microbes and viruses…”

We quote two scientists who recently commented that viruses are ever present. Vincent Racaniello, researcher in the Department of Microbiology at Columbia University says if we want to understand life, human health, and human disease, we need to know more about viruses. Racaniello states, “We live and prosper in a literal cloud of viruses. Viruses infect every living thing on the planet. Nothing escapes a virus infection. We regularly eat and breathe in billions of virus particles on a daily basis and viral genomes are part of our genomes as well. They are truly pervasive. They are everywhere.”

Dr. Hugh Ross, president of Reasons to Believe, presents realistic statements in his blog post of 3-30-20 concerning viruses—an ever-present reality on our Planet. We reprint Ross’s statements from his March blog post:

“Life forms on Earth larger and more complex than microbes would be impossible without an abundance of viruses. Without viruses, bacteria would multiply, and, within a relatively short time period, occupy every nook and cranny on Earth’s surface. The planet would become a giant, bacterial slime ball. Those sextillions of bacteria would consume all the resources essential for life and die.

“Viruses keep Earth’s bacterial population in check. They break up and kill bacteria at the just-right rates and in the just-right locations so as to maintain a population and diversity of bacteria that is optimal for both the bacteria and for all other life forms. It is important to note that all multicellular life depends on bacteria present at the optimal population level and optimal diversity. We wouldn’t be here without viruses.”

We could quote multiple citations of Old Testament references to disease. The diseases resulted from disobedience to God and weakness of the Israelites’ moral fibre: Matthew 24:7-8 refers to pestilences and the “beginnings of sorrows.” Deuteronomy 28:58-63 refers to many plagues brought on by the Lord. The Israelite people, however, bore substantial responsibility for the onset of disease: They did not obey the voice of the Lord. They were disobedient. They did not practice hygiene and they did not observe dietary regulations established by God. For example, pigs were unclean and their meat was forbidden. This and similar regulations are not understood by most people in modern times.

We examine this phenomenon in terms of Native American pre-colonial times in America. Hernando DeSoto, a brutal Spanish conquistador in the 16th century, was part of a company of conquerors “who traveled in a porcine cloud.” The Europeans brought with them animals such as pigs and other mammals. “Unlike Europeans, Indians did not live in constant contact with many animals…By contrast, swine, mainstays of European agriculture, transmit anthrax, brucellosis, leptospirosis, trichinosis, and tuberculosis.” (Quotes from Charles C. Mann’s 1491). In human history and in modern times many viral diseases have their origin in animals. The pathogens have jumped to people and now are transmitted “people to people.” There are clear indications that the most devastating human pandemics originated in animals, including Black Plague, smallpox, Spanish flu and HIV/AIDS. Modern medicine has discovered how to treat and immunize the population against these diseases. Vaccination provides remarkable immunity from disease by injecting into the body a form of the pathogen.

In the Old Testament Numbers 21 describes an incident where God sent venomous snakes to bite the complaining and disobedient Israelites. When they pleaded with Moses that the Lord would take away the scourge of snakes, Moses obeyed divine instructions to install a bronze snake on a pole and instructed the people to merely look at the bronze image. Anyone who obediently looked at the bronze serpent was miraculously healed, protected from the fatal effects of the venomous live serpents.

There are many accounts of serpents in ancient mythology. The serpent symbolization is utilized by dozens of modern medical organizations in their choice of a logo for their literature. Serpent symbolization relates to medical healing in various ways. In ancient Israel, the serpent was the cause of their bodily misery. The remedy was provided by God only if victims would acknowledge the healing powers of appropriating the very agent that caused their bodily grief. Likewise, there is a parallel in modern medical practice: the vaccination process uses the offending agent to confer immunity from specific diseases.

In Christian theology, we are immune from death caused by our sin by “looking upon” the remedy of Jesus Christ—His death on the Cross of Calvary.

Demonology and the UAP/UFO Connection 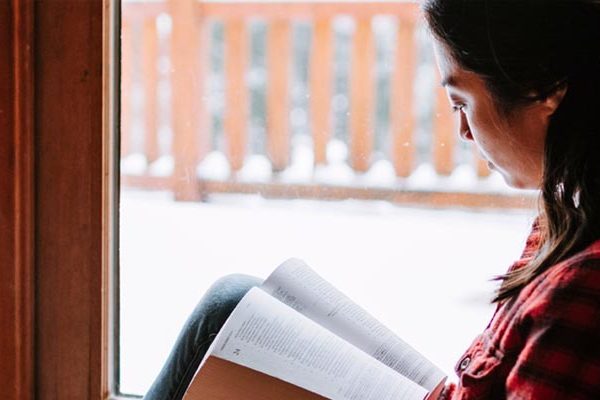