Our current series of posts has concluded that UAPs are real. They were commonly called UFOs in the 1950s by early writers and investigators such as Marine Corp officer Major Donald Keyhoe and Air Force officer Edward Ruppelt. In the last several years our military has been forced to acknowledge their reality verbally and via release of technologically advanced videos produced by professional personnel. The term UFO replaced the less appropriate “flying saucer” moniker, because strange aerial phenomena have appeared in many different shapes and forms, including saucer- or disc-shaped. Flying Saucer is sometimes used, however, as a throwback to earlier days of the mid-20th century, possibly used as a humorous spoof term.
What questions does our post title provoke? We have proposed that UAP/UFOs are spiritual, inter-dimensional manifestations of reality. They possess many visual physical traits. In terms of their ability to appear and disappear, we may describe them as ghosts or similarly apparitional. They do not appear to be an essence of the physical, natural world because they do not consistently adhere to physical laws of motion, inertia, acceleration, or deceleration. They are spectacular manifestations of the paranormal—more spectacular than activities such as mediums, ouija boards, palm reading, seances, spiritism, devil worship, and dozens of other popular pursuits. However, all of the above phenomena, from UAP/UFOs to other mystical paranormal manifestations, belong to the realm of the malevolent and malign spirit world.
In sharp contrast, there is another spiritual realm of reality. This spiritual world is the realm of the Almighty God—the righteous, holy, omniscient, omnipotent, omnipresent, benevolent God of Creation. This realm is evident in the revelation of Jesus Christ, the Word, as described by the Apostle John (John 1:1-2). When we compare this realm to the realm of the malevolent and malign, we highlight a fundamental contrast: the contrast between good and evil.
Scripture highlights the contrast between the two spiritual realms—one malevolent, the other benevolent. The Bible asks us to “test” the different spirits to see if they are of God (I John 4:1). This passage states that the spirit that confesses that Jesus Christ has come in the flesh is of God. In contrast, a spirit that does not acknowledge this truth is not of God. In many of the numerous paranormal activities, the spirits, for example, may actually communicate with humans in the form of “spirit guides” or “ascended masters.” One frightening aspect of paranormal spirit communication consists of ability to disguise followers as “false apostles, deceitful workmen, masquerading as apostles of Christ” even as “Satan himself masquerades as an angel of light” (II Corinthians 11:13-15). Also, we need to put on the armor of God to stand “…against the powers of this dark world and against the spiritual forces of evil in the heavenly realms” (Ephesians 6:12b).
The spiritual realm of the paranormal is connected with evil and malevolent spirits, whether we deal with UAP/UFOs or the intimate spirit world embodied by dozens of human activities over centuries of human history.
A single, coherent set of laws governing the physical realm was originally emplaced by our Creator. In this sense, the physical world may be less complex and easier to understand than the accompanying spiritual world which possesses an evil, malevolent realm paired with a good, benevolent realm. The natural world and the spiritual world are two different entities. Expanding on that dichotomy, theologians and scriptural scholars have correctly described the spiritual world as two different essences—the malevolent and the benevolent.
We return to the previously discussed TTSA (To The Stars Academy). The organization actively solicits support for their scientific research into the well publicized UAP/UFO phenomena. TTS personnel such as former government employee Luis Elizondo has expressed beliefs at odds with those who believe paranormal UAP occurrences are supernatural, even demonic. Elizondo’s professional role at TTSA is “Director of Global Security and Special Programs.” TTS personnel assume that whatever “beings” pilot or guide UAP/UFOs use hitherto undiscovered scientific technology which may be accessible to our military in the future. This assumption leaves many questions unanswered concerning the essence of UAP “pilots” and other realities of the spirit world. For a review of the origin and current status of TTSA, we link:
http://jasscience.blogspot.com/2019/12/knowledge-gain-uaps-are-real.html
Elizondo correctly defines the prefix “para” as above, beyond, or beside. But he states the term paranormal often implies fringe or taboo science. He then attempts to normalize the paranormal. He provides examples such as mysterious solar eclipses of pre-historic times, “miraculous” properties of electricity several centuries ago, or the inception of “miracle” drugs such as antibiotics in the past century. What was formerly perceived as paranormal ultimately becomes understandable according to modern scientific knowledge, according to Elizondo.
Will paranormal manifestations such as UAP/UFOs and more common human engagements with the mystical, magical, or spiritistic be recognized as part of the natural realm? Will we no longer experience pause at unnatural sinister activities and view them as desirable, normal and natural? We must not countenance the malevolent, sinister paranormal as normal, healthy, and beneficial. To state these principles positively, we must acknowledge that God is the benevolent Creator of All Things. He will ultimately triumph over all vestiges of evil.

“The Lord’s Provision For Obedience to His Will”

The Faith to Endure 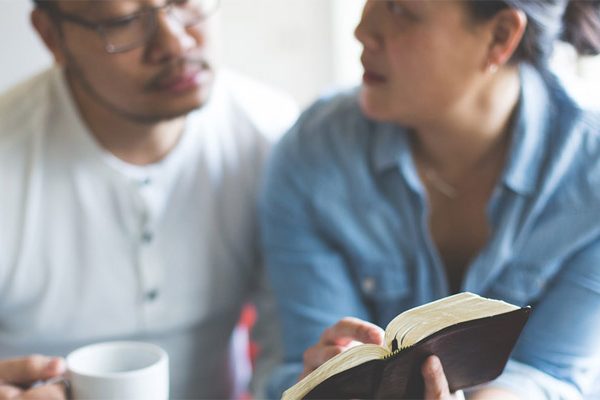 In Marriage, We Are Not Our Own