Springtime is the season of renewal and a time to inspire exuberance, but each season has its unique appeal. In Genesis 8:22, the Lord states “For as long as Earth lasts, planting and harvest, cold and heat, summer and winter, day and night will never stop” (The Message Translation). All four seasons are explicitly stated or implied in this passage. Planting is primarily a springtime experience, but winter and spring conditions often overlap.

The spring season is not always predictably pleasant. When spring arrives in our season-enhanced mid-latitude location in far northwest Illinois, many residents tend to ruminate on how the conditions of the current spring compare with previous ones. With a nod to the limitations of personal active recall, I tracked down several posts from past years, along with a 36-year old volume published during our residence in New Jersey. The search revealed that some memorable past weather events become surprisingly blurred with the passage of time.

Many unusual or unique weather events lurk in the recesses of memory. Over many years, our dynamic weather system affects our environment in diverse ways. It is responsible for many memorable and not so memorable events. Recently my wife was assembling some old books in our storage room for possible discard. I spotted a volume entitled “The New Jersey Weather Book” (Rutgers University Press, 1983), authored by David M. Ludlum. The ink was barely dry in this volume when it described a memorable storm on April 7, 1982: “The Spring Blizzard of 1982.” On April 5 I was guiding a group of student hikers in Morristown National Historical Park. The day dawned clear and cool, but we informed the students that prescient weather forecasters were calling for an intense blizzard the next two days. Our six-year-old son was looking forward to a birthday party with his school classmates. Instead, he was blessed that a few nearby neighbor children were able to share his birthday cake after trudging through 13” of snow at 11ºF in a rare mid-winter style blizzard.

The spring season is supposed to be a pleasant, warming time of renewal. Often our meteorological spring could be described in those terms, but Earth’s weather is a dynamic phenomenon. In fact, spring is the most dynamic weather season of all. This means the season could be snowy, susceptible to flooding, windy, and tornado prone with wild temperature swings. The Upper Midwest, including our immediate neighborhood, has experienced these wild swings of weather. This spring, for example, has provided St. Paul, MN with 42 consecutive days of flood stage on the Mississippi River, exceeding the record of 33 days in 2001. Spring snow melt and hefty spring rains were responsible for this season’s tragic flooding.

Speaking of wild temperature swings, April 1-18, 2018 provided us with the coldest temperatures on record for that time period, 5.1ºF below the previous record average. That chilly April brought our northwest IL region four relatively minor, but still highly unusual snowfalls. The same year a single Green Bay WI snowstorm on April 14 dropped 23.5 inches, their deepest snowfall in 130 years. In 2019 April 27, our immediate neighborhood received 8” of snow but it was nearly gone within 24 hours. Not to be outdone, Duluth MN received its heaviest May snow on record, 10.6 inches on May 8-9. The Northwest IL region had an average temperature of 64ºF from February 17-22 in 2017 demonstrating that winter and spring weather may overlap with wild temperature swings at mid-latitudes. Spring conditions in 2019 have been ten or more days late in large areas of the Central United States.

Lest our readers suffer undue pessimism about spring seasonal unpredictability we close with a chronicle of anticipated “normal” events of spring occurring every year, notwithstanding the occasional extraordinary departures from “average” conditions. We cite parts of our post from May 5, 2008:

Spring affects our local trees, now slowly springing to life and tinged with pastel green. Startling changes are associated with the onset of spring—visual changes in the plant world accompanying audible spring vocalizations in the animal world. In a deep winter February moment of despair we might imagine that the leafless, dry, gray tree branches swaying in sub-zero blasts of cold wind are dead. Fast-forward to early May, however, and signs of renewed life are everywhere. Our home is situated in a biome called the “temperate deciduous forest.” Most of the trees lost their leaves in autumn after their summer food-making tasks were complete. They sent carbon and nitrogen compounds in the form of proteins to storage cells in the tree roots and inner bark.

Come spring, when nights shorten, days lengthen, and temperatures rise, trees detect these gradual changes. It is time for the roots and inner bark to relinquish their store of nutrients for the leaf building process. Water and soil minerals make their upward journey, defying gravity in the process. After several weeks thousands of leaves have achieved full size, sporting their characteristic shapes and other identifiers. Leaf characteristics join branching patterns, bark textures, flowering and fruit production features, and size limits as traits which never vary from their genetic blueprint. Each tree knows exactly what to do and when to do it.

Descriptions of anatomy and behavior are exceedingly plentiful in the literature of plants and animals. At the same time we are surprised by the lack of explanation for the apparent ‘intelligence’ underlying their behavior. Plant scientists describe ‘what’ but are less able to explain ‘how.’ One article lamented, “Many mechanisms are still not understood.” How does an arrangement of molecules in a plant’s DNA govern the unique behavior of each species? That intelligence is surely more than the reductionist might claim if he explains multiple diverse plant behaviors as mere manifestations of “molecules in motion.”

Together with starling meteorological variety, springtime in temperate climate zones provides many examples of natural work/rest cycles. God instructed Moses to establish a work/rest sequence for the ancient Israelites in order to provide physical and spiritual benefits. Nature’s cycle mechanisms also reflect biblical exhortations to transition from idle inactivity to the bloom of active physical and spiritual renewal. The spring season produces an object lesson for Christ’s resurrection—the transition from death to life. God has given his children many models of spiritual reality from the world of nature. We must be alert for these lessons! 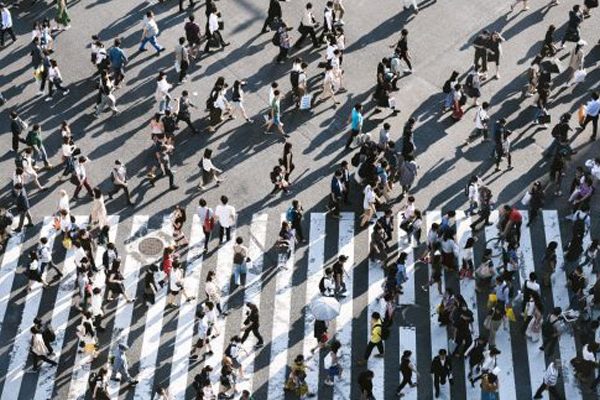 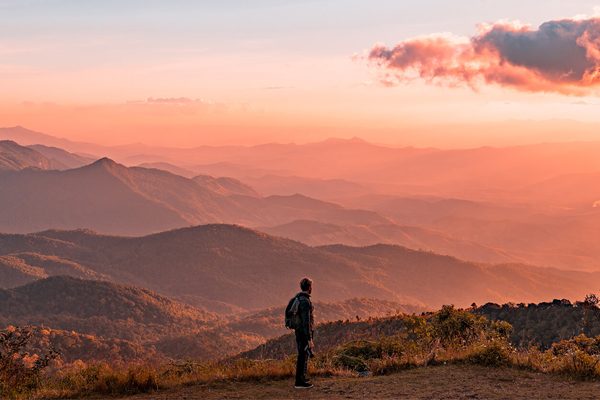