There once was a wealthy woman in the land of Shunem who had everything she needed, but not the one thing she wanted. Then one day God fulfilled her heart’s desire; He gave the woman and her husband a son. Now, it seemed, all was well. Several years passed, and one day her child came in from outdoors complaining of a headache. Within hours, he was dead.

This story isn’t folklore; it’s an actual account of a real woman who lived a long time ago and suffered real loss. You can read the full story from the Bible found in 2 Kings 4. Only hours after watching her son die, she was met by the prophet Elisha and he asked if all was well with her family. Her reply is astounding: “Everything is fine.”

As I recently re-read this passage, I realized that, while I could relate to this woman’s feelings of angst, I could not imagine responding to my pain the way she did. Everything is fine?

One can’t help but wonder what she was thinking at that moment. Everything was certainly not all right. Her only son had suddenly and unexpectedly died. How could everything be fine?

Was she trying to convince herself that everything was indeed going to be okay?

Was she speaking in faith, knowing the Lord is the giver of life?

Was she faking fine, unable to cope with reality?

We can’t know for sure what was going on in her head. But we know from the account that she uttered these words while feeling deeply troubled and bitterly distressed, as one reeling from a punch in the gut.

Is it possible she both believed and despaired? Did she feel hope and heartache simultaneously?

Faced with Our Own Moments of Distress

Whether or not this grieving woman spoke in faith or just gave a rote answer to a common question, her words leave me thinking hard about how I handle my own moments of deep distress.

How am I supposed to respond when a friend admits to thoughts of suicide?

When a young woman is neglected and left alone to die in a hospital in a foreign country?

When the world is in a health and economic crisis?

When I look around and see so much brokenness and heartache, it’s hard not to feel confused or frustrated. But I have to ask myself what Job asked when he was inexplicably slammed with disaster everywhere he turned: “Should we accept only good things from the hand of God and never anything bad?” (Job 2:10 NLT)

In other words, will I only declare God is good when things are going well for me? Or will I believe God is good, kind, and in control even when things look bad, harsh, and out of control?

The only way we can admit the pain and questions we have while simultaneously holding on to hope is by stepping away from the microscope and picking up a telescope.

The mind of God is infinitely beyond what we can ever possibly hope to understand. His ways are not our ways. He is not limited by time or space like we are. When we fail to take all this into account, we’re left to rely on our own cognitive abilities to interpret and analyze what God allows, which can lead to making wrong assumptions about God’s character.

What happens in this life doesn’t always make sense. That much we do know. It’s okay to grieve that. Jesus never pretended things were fine when they weren’t. But He always looked to the unchanging character of his Father to find hope in the midst of pain or crisis.

When His friend Lazarus died, Jesus reminded Lazarus’ two grieving sisters that He is the Resurrection and the Life, that there is hope for those who believe in Him (John 11). But Jesus also entered into their grief and wept with them. He did not overlook their pain or rush them back to “fine.”

Many of the psalmists also worked through feelings of abandonment and anxiety. They freely expressed their frustrations and fears to God, even questioning God’s motives at times, while looking to this same God as their source of hope and comfort. In one moment they cry out in anger, “God, you have rejected us,” and in the next they say, “With God we shall do valiantly” (Ps. 60:1, 12).

From what we see in Scripture, God doesn’t seem to mind this at all. He is not threatened by our accusations or expressions of doubt. Thankfully, He doesn’t become “ungood” just because we feel it to be so in the heat of the moment. He remains faithful and true . . . and good. The psalmists who ask, “Where are you, God?” also describe God as their rock, fortress, and refuge.

We can survive the suffocating sorrows because God is not swept away by the crashing waves. He stills them.

The sad story of the woman who lost her son didn’t end in sadness. God raised her young boy back to life through the prophet Elisha. But she didn’t know this would happen. Before the time of rejoicing, we see a grieving woman who didn’t understand why God gave her a son, only to take him away.

There are things in the here and now that are not okay, and they may never be. They don’t make sense. But we must remember that this is not yet the end of the story.

One day, despite your current reality . . . everything will be alright.

Jesus endured the worst of calamities to ensure this reality. The kingdom of darkness was overthrown the moment Jesus arose from the dark tomb. One day, the illusion of sin’s dominance will be dispelled and the power of the true King will be made visible.

When I look ahead to that day, when I remember what is always true of God, when I hold to God’s promise that the future is as good as won, then and only then can I say (and mean it), “It’s going to be okay.” Everything will be alright. One day. 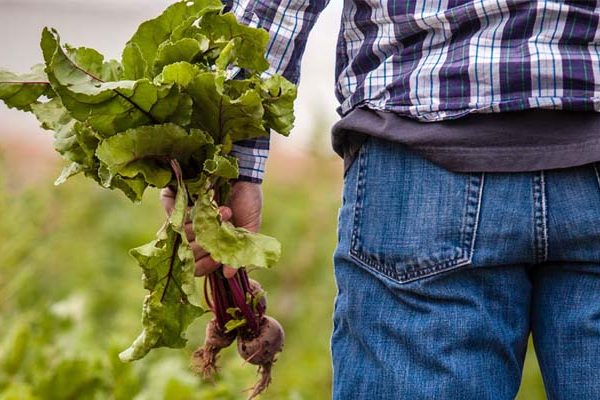 If You Want to Grow in the Christian Life