It was an open invitation to disobey God. Satan presented the slithering lie of questioning God’s intentions to the woman in the garden. Thousands of years later, with the thread of the King’s lineage intact, God gave another young woman the opportunity to respond to an invitation. Neither woman could know the consequences of their responses.

Eve could not foresee the anguish of soul that she would experience or the turmoil and brokenness that would befall mankind. Because of her actions another woman would be given an opportunity to respond. Only this one, Mary, would do so with humility and obedience—that led to her own anguish of soul.

“Your son will be known as Man of Sorrows. He will bear the weight of all sin for all mankind upon his shoulders. He shall be rejected, despised, and well-acquainted with grief. He will suffer incredible anguish and die an excruciatingly painful death.” Those are not the words that the angel Gabriel spoke when Mary received the news that God had chosen her to bear and raise His Son. Rather, he greeted and reassured her, and bestowed on Mary the title of “highly favored.”

Mary had no way of knowing how the man she was betrothed to would react upon learning of her pregnancy when culturally it meant being stoned to death. But she responded with complete surrender, “I am the Lord’s servant, may it be as you have said.” She was willing to trust that the Lord would make a way for her and her circumstances, but the Holy Spirit also prepared the heart of her betrothed, Joseph, a righteous man who equally obeyed each time the Lord spoke to him.

Mary didn’t know that she would deliver her firstborn without the convenience of a home, her mother nearby, or a bed. Instead, she did so in a setting filled with a mingled smell of livestock, straw, and night air. But God had prepared her in a beautiful, practical way by allowing her three months with her older, wiser relative, Elizabeth, who was awaiting the birth of her own baby.

Standing in the temple, Mary marveled at the words that devout Simeon spoke about her Son as he held him in his arms. When he warned her that a sword would pierce her own heart, God had already sent the elderly prophetess, Anna, to follow up on those stinging words with her own words, filled with the hope of redemption.

When Herod’s evil edict came commanding that all baby boys ages two and under be murdered, Joseph was warned by the Holy Spirit to flee immediately to Egypt in order to protect their son. God had already sent His provision through the Magi with their gifts of frankincense, gold, and myrrh for the unexpected, sudden trip.

Mary responded to the calling of nursing and nurturing the Christ child with humility, obedience, and trust through unknowns. There were dire circumstances: poverty, a harsh Roman government, a ninety-mile grueling trip to Bethlehem while very pregnant, and childbirth in an unfamiliar place. It certainly wasn’t an easy calling that Mary stepped into, but God revealed His provision, power, and protection continually. She was also not left without encouragement as the angel, Elizabeth, Anna, Simeon, Joseph, and others spoke into her life.

Mary’s heart would indeed be pierced, but she was able to endure. Mary recognized the sovereignty of God and was able to place herself fully in His care, no matter what that might look like.

“Greetings, O favored one, the Lord is with you!” Those were the words that Mary heard first. She was favorably greeted, told how deeply God loved her, and reminded that He was with her. Perhaps the fact that the Lord was continually “with her” would prove to be the most important part of that statement.

As she was not told of the days ahead, neither are we. When God calls us to obedience, we aren’t told what it will entail or demand of us, just as Mary was not told of the sobering load she would bear. But the fact that “He is with us” should bring comfort. All that we need for all that He has asked of us will be attainable, because it is God who is making the way.

Unlike Eve, we have the blessed assurance of Christ’s words in the Scriptures. The way Christ spoke to the broken, the sinners, the sick, and the weary revealed the heart of God. We see evidence of His power in the winds and waves being stilled by his voice. We see how He has all authority, and that even death must obey!

Because of Mary’s obedience and the Providence, power, and provision of God Almighty, we can be confident that the Lamb that Mary bore who is once and for all our redemption and hope. We have the Holy Spirit, the Word of God, and a resurrected Christ to thwart and disassemble the lies that have been whispered since the beginning.

Our responses to the Lord’s calling upon our lives most certainly have consequences. We cannot know what lies ahead of us. We cannot be assured of comfort. We will face many struggles and hardships; the Lord has told us we will! Yet we can take heart, and like Mary, we can respond with humility and obedience, trusting that the Lord our God will be faithful in all things. 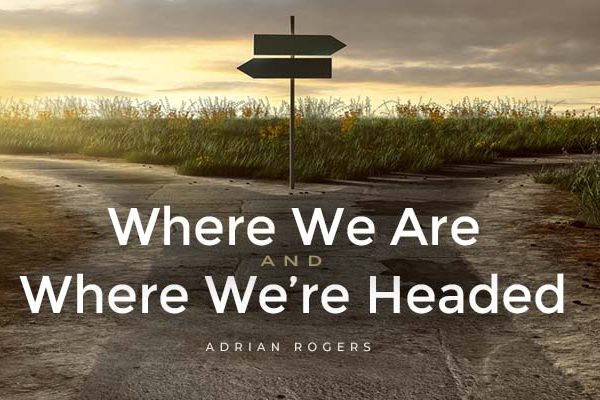 Where We Are & Where We’re Headed 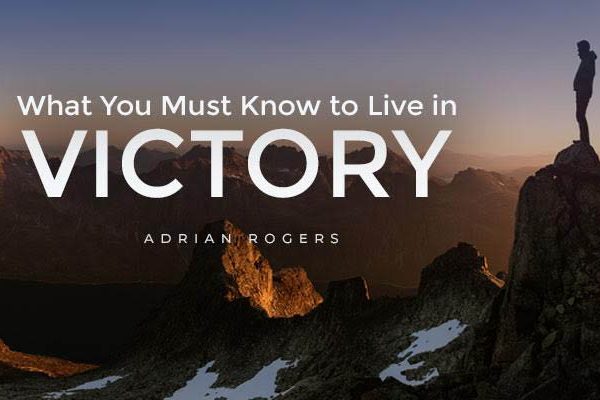 What You Must Know to Live in Victory

A Faithful Church in an Ungodly World