I previously wrote that Christians aim to live a life that is centered on God, but you can also avoid one. I want to discuss this by looking at the life of Jonah so that you won’t avoid a God-centered life but cultivate one.

You can avoid it for a lifetime.

Jonah was running from God at the beginning of the story, but he was also arguing with God at the end of the story. Even after God used him in a remarkable way to evangelize to a pagan city, he was still out of sorts with God.

That raises the interesting question of when Jonah wrote the book. I assume that the book was written late in Jonah’s life, because I don’t think you can write under the inspiration of the Holy Spirit while you are arguing with God! So, later in his life, Jonah looks back on his ministry and sees how he avoided a God-centered life.

He gives us this account of his experience, essentially saying, “God used me in a remarkable way, but what’s of real value to you is that I spent much of my life avoiding the God I purported to serve.”

The great irony of Jonah’s life is that while he was teaching God’s Word, he was actually avoiding God’s call. Jonah wrote the book so that we would not be like him. He reflects on his experience, and in his book he tells us: “Choose a different path!”

You can avoid it behind the disguise of a good reputation.

There is only one place in the Bible where we learn about Jonah outside of his own book:

In the fifteenth year of Amaziah son of Joash king of Judah, Jeroboam son of Jehoash king of Israel became king in Samaria, and he reigned forty-one years.

He did evil in the eyes of the Lord and did not turn away from any of the sins of Jeroboam son of Nebat, which he had caused Israel to commit.

He was the one who restored the boundaries of Israel from Lebo Hamath to the Sea of the Arabah, in accordance with the word of the Lord, the God of Israel, spoken through his servant Jonah son of Amittai, the prophet from Gath Hepher. (2 Kings 14:23-25)

Jonah was one of the spiritual leaders of his day. He is introduced as “God’s servant Jonah—the prophet from Gath Hepher.” He is called “the prophet,” not “a prophet,” as if there wasn’t another one worth mentioning in that generation.

This was a man who spoke the Word of God. His prophecies came true because they were wonderfully from God. The borders of Israel were extended during the time of Jeroboam “in accordance with the word of the Lord spoken through his servant Jonah.”

This is a man who hears the Word of God, walks in the presence of God, and is filled with the Spirit of God.

You can avoid it by protecting your own comfort.

Against the backdrop of that extraordinary reputation:

The word of the Lord came to Jonah son of Amittai: “Go to the great city of Nineveh and preach against it, because its wickedness has come up before me” (Jonah 1:1-2).

It’s hard for us to grasp how shocking this must have been for Jonah. In Jonah’s lifetime, there was one world superpower: the Assyrians.

The Assyrians were known for their brutality. They had refined the art of torture in a way that would make your hair stand on end. They were the terror of Jonah’s time.

Nineveh was one of the major Assyrians cities. The prophet Nahum describes it as “the city of blood, full of lies, full or plunder, never without victims” (Nahum 3:1). This was not a place you would want to visit.

The Word of God came to this successful prophet. He was highly esteemed in Israel. His wonderful prophecies about extending the borders of the Promised Land came true. He was settled and secure in what he was doing for God. Then God said to him “Go to Nineveh!”

Put yourself in Jonah’s shoes: This man has a successful ministry among God’s people. He was known for prophesying good things like extending the borders of Israel. He has a good life in a good place, doing good work. And now the Word of the Lord disturbs his comfortable life.

Our culture says, “live your dreams,” but God has a way of disturbing our dreams. We all have hopes and dreams of what our lives will be. We plan our families. And, we plan our futures and our finances. Then God breaks into the plan: A child is born, a loved one dies, the market crashes, you lose your job, and suddenly your life is not going according to your plan.

When God stepped into Jonah’s plan, his heart was revealed. Jonah’s self-centeredness had been hidden under the surface of his successful ministry. But, his desire for a comfortable life was exposed when God called him to leave something old and to start something new.

You can avoid it by running after your own plans.

Jonah was a prophet, well-schooled in the Scriptures written during that time. He knew that God is present everywhere. Jonah would have known David’s words:

Where can I go from your Spirit?
Where can I flee from your presence?
…if I settle on the far side of the sea,
even there your hand will guide me,
your right hand will hold me fast. (Psalm 139:7-10)

Jonah knows he can’t escape from God’s presence. What he is running from is God’s call. That’s the issue here. When he gets in the boat, he is giving up being a prophet. He is resigning from the work God called him to do. He is saying, in effect:

“There are other things in life that I could do, besides bringing the Word of the Lord. I’m quitting this ministry and I’m going to make a new life in Tarshish.”

Jonah is dodging a God-centered life: He planned where he wanted to live and what he wanted to do. When God disrupted his plan, he quit.

Your Plan and God’s Plan

If your plan becomes more important than God’s plan, you cannot live a God-centered life.

Jesus, God With Us 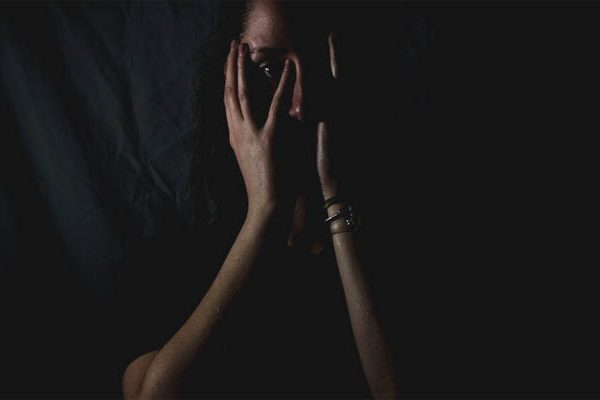 Responding to a Rahab with the Heart of God

What is God’s Word, and Why Does it Matter? 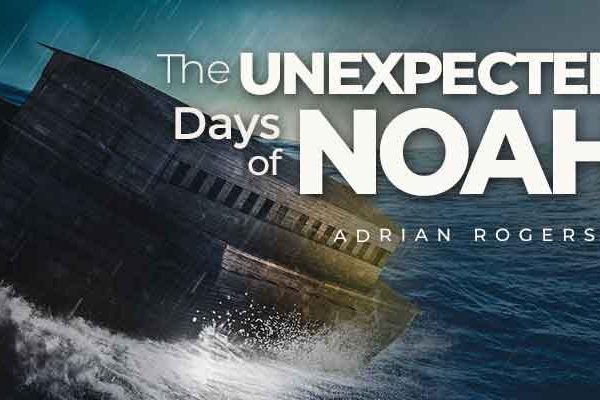 The Unexpected Days of Noah