On the Caribbean island of Bonaire, a unique salt mining operation still exists. Bonaire was formerly part of the Caribbean country known as The Netherlands Antilles. The country consisted of several island territories and was a constituent country of the Kingdom of the Netherlands. Some islands of the former Netherlands Antilles have recently become autonomous municipalities. Since 2010 Bonaire has transitioned politically and is currently a municipality of the Kingdom of The Netherlands. It is the home of TWR (formerly known as Trans World Radio). TWR is a powerful source of Christian broadcasting. Our current post’s thread of Bonaire, the ministry of TWR, salt mining, and several personal family recollections begins here…..

TWR maintains a powerful radio transmitter of 440 kW (440,000 watts) on the Island of Bonaire to broadcast Christian programming to the Western hemisphere 24 hours/day. It broadcasts programs on Shine 800 Bonaire AM—a medium wave AM radio outlet. Understanding of how the TWR ministry acquired this capability provides several hours of challenging reading and study.

Dr. Paul E. Fried was a visionary for spreading the gospel of Christ. Dr. Fried was raised in the Mid-east by missionary parents. As an adult he became enthused about radio as a modern vehicle for reaching many of the world’s population with the Christian gospel. He initially purchased a limited-power radio station in Tangier, Morocco in 1954, and radio facilities in 1962 on Monte Carlo, Monaco. Later, Fried championed a leap of faith—building the most powerful radio transmitter in the Western Hemisphere on the Caribbean Island of Bonaire. Operational since 1964, the Bonaire TWR ministry began broadcasting at 440 kW, only to reduce its power in 1998 to 100 kW. Dr. Fried died in 1996, but his legacy remains.

In 2018 the TWR leaders undertook a leap of faith and raised several million dollars to construct a new transmitter in order to restore its broadcast power to 440,000 watts. Much of the construction work was supplied by volunteers, matching the ministries of givers who sacrificed financially.

Why was Bonaire selected as the ideal location for a radio transmitting site? In all of the Caribbean there may be no better physical location than the island of Bonaire for a 440 kW transmitter. There is excellent ground conductivity—a term for propagation of radio signals resulting from a number of constituent radio waves. For example, the signal from TWR’s 760 foot tower complex is aided by the presence of a low-lying limestone layer which is permeated with ocean water and located very close to the seashore and salt ponds. Bonaire is an outstanding location for high quality salt production. The water and air on Bonaire are exceedingly clean. When ocean water evaporates from the solar saltern (a series of salt ponds) only solid salt of high purity remains!

The island of 288 sq. mi. is home to about 20,000 people. The island is of interest to church congregations because of the TWR gospel radio ministry and the many fascinating natural characteristics of the island and its unique linkage to salt production. For instance, the American flamingo breeds on Bonaire, one of only four places in the world. Its pink color is due to the bird consuming beta carotene in the brine shrimp and algae they consume. Several commentators made the statement, “You are what you eat.”

We close with personal recollections of our association with Bonaire. My father, Paul Virkler, concluded his pastorate of a small church in Northern New Jersey in 1967 with a “mission trip.” TWR had recently begun their radio ministry on the island. Their leaders were constructing a new studio building and reached out to volunteers to help complete the work. My dad, physically skilled in many ways during his productive life, agreed to install insulation in the new studio building. He stayed two months. We possess letters he wrote from Bonaire. He used a motor bike to access the work site. Once he wrote that the salt company, before the days before Cargill assumed leadership of the salt works on Bonaire, expected a salt “harvest” soon. After two months he took a plane to Peru, re-connecting with treasured old-time friends who were serving as missionaries.

Several years later, my uncle and I visited Bonaire with my parents. The trip was a memorable return to the beautiful island for my father. I recall enjoying some of the same Bonaire features he described in late 1967: goats prevalent, wonderful friends at the TWR office, the view of Klein (little) Bonaire, the memorable auto trip to the northern and eastern part of the island, saving a few unique “square nickels,” and snorkeling in the ocean behind our “guesthouse.”

Shine 800 AM Bonaire reaches a potential 100 million listeners with the message of Christ’s redemption. TWR has several radio outlets worldwide and other types of media outlets. In 1865 brilliant visionary physicist James Clerk Maxwell proposed the theory of electromagnetism, including the future potential of the generation of radio waves to travel at the speed of light. We wonder how James Clerk Maxwell would respond if he were alive today and able to see the fulfillment of radio’s potential to reach the world with the message of eternal salvation. Maxwell was a devout Christian.

World population has increased from <1.5 billion in 1865, to slightly less than 4 billion in 1967 when the Bonaire TWR ministry was coming to fruition, to over 7.8 billion in 2020. Radio is a vehicle for spreading the message of God to humanity’s teeming billions. People like Dr. Paul E. Freed and countless other visionaries have used their divinely given talents to accomplish things of eternal importance. We thank God for the inspiration of far-sighted visionaries to convey the Gospel message. 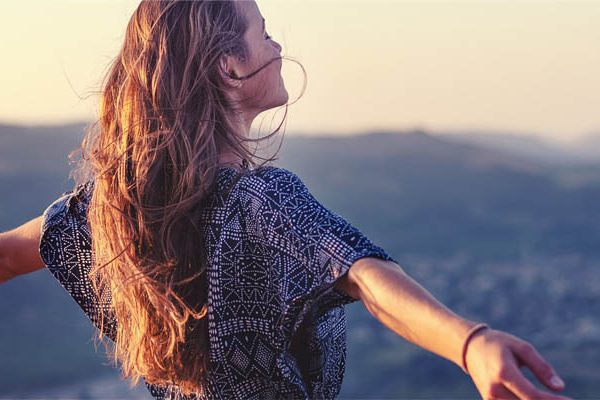 Give God Your All

Lessons From the Prophet Jonah