Faith is a must when the storms of life batter and bruise us, but it’s not easy. I have no doubt you’ve experienced the struggle to hold on as the waves of anxiety and fear threaten to flip your little lifeboat over, especially recently.

For me, all it takes is the threat of the stomach bug and I’m filled with apprehension. But as of late, the wind seems to be picking up and the waves of apprehension threatening my peaceful journey seem to be coming in droves.

No, you can’t go to church. No, you can’t send your kids to school. No, you can’t be around your friends. Say what? This virus is like a tsunami wiping out the stock market and the economy and livelihoods and social lives and hopes and dreams and health and peace and the grocery stores and restaurants and churches and anything else in its way, all in one fell swoop.

Add to that the concerns we were already struggling with, and who’s ready to throw in the towel?

While we hope life will be a cakewalk—it’s not. Instead, life is a fight for faith over fear, peace over anxiety, and hope amid doubt.

Over and over circumstances overwhelm us and we long for a word from the Lord. “Help us Lord!” we cry out in alarm. This can’t be happening. And yet it is. But here’s the good news: We aren’t the first to struggle with fear, nor will we be the last, and God absolutely has something to say about it.

Jesus Sent the Disciples Away

In Mark 6, the disciples enjoyed twelve leftover baskets of bread after Jesus miraculously fed a crowd of well over five thousand. It was a day for the history books, which is why we’re still talking about it.

Then Mark 6:45 tells us, “Immediately he [Jesus] made his disciples get into the boat and go before him to the other side, to Bethsaida, while he dismissed the crowd.”

The people were probably lingering to see what else Jesus might do. (Or what else they might get fed. Excuse me, but is there dessert?) However, in the gospel of John we see a different reason for the crowd’s delay and Jesus’ rush to send the disciples off.

When the people saw the sign that he had done, they said, “This is indeed the Prophet who is to come into the world!” Perceiving then that they were about to come and take him by force to make him king, Jesus withdrew again to the mountain by himself.

So anytime the people got hungry for political domination, Jesus made a quick departure. This time He put the disciples in a boat, perhaps promising to catch up with them in a bit, and escaped to the mountain to pray.

Jesus Sought to Reveal His Glory

The disciples, after rowing for hours, found themselves “making headway painfully, for the wind was against them” (Mark 6:48). I imagine them being both exhausted and frustrated. Ugh, why does it have to be this hard?

Then sometime between three and six a.m. the disciples saw something. No, wait, they saw someone! Terrified, they assumed it was a spirit or a ghost, giving us a clue as to their mindset. They weren’t looking for Jesus to come and help them—they were simply trying to make it in their own strength. (And now it feels like we’re talking about me.)

After several hours praying, Jesus, still on shore, saw the disciples struggling, miles away in the pitch-dark, and decided to walk out to them. Keep in mind, the wind was blowing something fierce. Jesus wasn’t walking on glass. Where there was wind, there were waves.

Mark 6:48–49 says, “About the fourth watch of the night he [Jesus] came to them, walking on the sea. He meant to pass by them, but when they saw him walking on the sea they thought it was a ghost, and cried out.”

Where else in Scripture does God pass by for the purpose of revealing himself? Exodus 33, when God’s glory passes by Moses. And guess what? The wording for pass by is the same here as it is in the Greek translation of Exodus 33.

Jesus Seeks to Reveal His Name

Jesus saw this as a great opportunity to reveal His glory to the disciples who had been struggling to make sense of who He really was (Mark 4:41). Job 9:8 declares that it’s God alone who can trample the waves of the sea. So what did Christ do? He trampled the waves of the sea. Yet the disciples failed to recognize Him, due to their anxiety and fear.

Could there be any more perfect verse than that? Friends, here’s the truth we need to grapple with: while fear prohibits us from recognizing God—faith permits us to see Him as He is.

If we live in constant fear and anxiety, there’s a good chance we’ll miss what God is trying to do. But if we live by faith, I have no doubt we will see Him do amazing things.

Terrified as they were, immediately Jesus speaks to the disciples, “Take heart; it is I. Do not be afraid” (Mark 6:50). “It is I” (egō eimi) can be translated “I am,” echoing God’s revelation of himself to Moses in the burning bush.

In other words, while standing on the choppy waters next to them, Jesus said to His anxious and fearful disciples, “Take heart; I AM. Do not be afraid.” And my friend, that fact hasn’t changed.

“I AM,” says Jesus. “I am your Savior. I am your peace. I am your hope. I am your God, and there is none like me.” We have no reason to fear and no reason to be anxious because our God is the great I AM. Though the waves keep coming and our little lifeboat is struggling, He is still God.

Jesus Doesn’t Want Us to Be Afraid

After Jesus got into the boat with them, the wind stopped and the disciples were astonished (v. 51). Then when they are pulled up on shore, we’re given an interesting contrast. Immediately the people recognized Jesus, and ran about gathering all the sick people they could find.

While Jesus’ own disciples did not recognize Him, the people on shore did.

Friends, God is not hiding from us. He longs for us to know and believe and trust that He is the great I AM. Trials and struggles are the perfect opportunity for God to reveal His glory in ways we’ve never seen—so we can know Him more, trust Him more, and testify to His goodness all the more.

But when we live full of fear instead of faith, full of anxiety instead of expectation, there’s a good chance we’ll miss God’s declaration of glory, especially in our time of need. I don’t know about you, but I don’t want to miss it. I want to know God more.

So though the waves are roaring and we feel stuck and there is much threatening to overwhelm us, let’s choose today to trust in our great God. We don’t have to be afraid. Instead, we can spend our days looking for Him who just might be seeking an opportunity to pass by us. 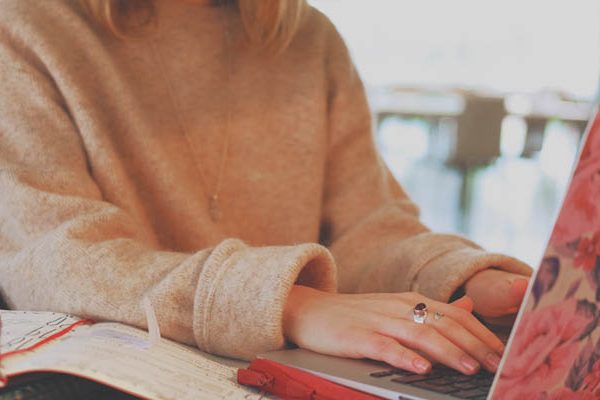 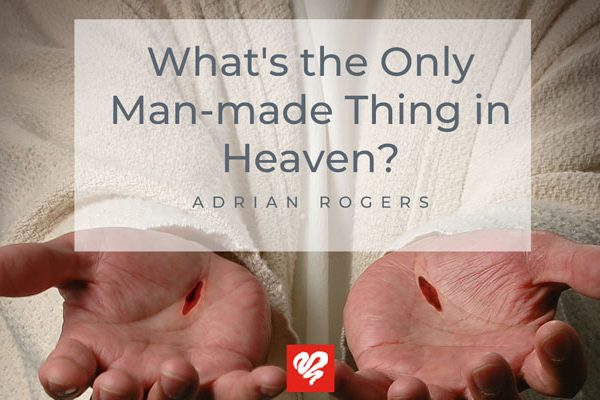 What’s the Only Man-made Thing in Heaven?