Slowly, I dialed the number my husband had jotted down. The doctor’s message said to call her back as soon as possible. Having only been married about eighteen months, now we sat side by side in our apartment, on the only piece of new furniture we owned as the doctor answered my call and began to explain:

“We found a mass in the center of your brain.”

A Canvas for Grace

It’s been twenty years since those words inaugurated a journey that has included trials, growth, and opportunities to both know God and put Him on display in ways that I never could have without that tumor.

I have told this story in many ways (I can tell it in five minutes, three hours, or anywhere in-between), to many people, in all kinds of contexts. But this telling is significant because of the twenty-year milestone the Lord has allowed me to reach. God’s Word is filled with reminders to remember, from the stones the Israelites set up to remind themselves and their children of God’s deliverance (Josh. 4) to the Lord’s Supper (1 Cor. 11). So I have made it my practice each year, near the date of my first brain surgery, to remember all God has done and to give Him all the honor and praise.

The medical details of my story serve only as a canvas for all God has displayed about Himself—His character and truth—throughout the past two decades. But you do need some details to see the beauty more clearly.

Two weeks after that phone call from the doctor, I had a ten-hour surgery to remove the two-and-a-half centimeter tumor in the pineal gland of my brain. It was expected and confirmed to be benign, but because of its location, it was difficult to get to remove and significantly clogged the movement of spinal fluid in my brain. In fact, even after the tumor was out, my brain didn’t relearn how to move the fluid around, so I went back into surgery about a month later to have a shunt implanted that would drain fluid from my brain into my abdomen.

In the days leading up to my surgery and most definitely in the weeks of recovery and another emergency surgery, I had a clearer understanding of God than I ever had in my twenty-three years of life to that point. The first thing I learned was this: When you’re completely dependent on God and others for your health and physical needs, you realize with stunning clarity that you are entirely dependent on God for all things.

While I had understood my need for a Savior at a young age, my faith remained fairly shallow until my college years. During that time, a storehouse of Truth about God and His Word was built upon my childhood foundation of faith. What I had learned about God’s character became my anchor during the turbulent days of this health crisis. The relationships I had formed according to God’s Word, particularly that with my husband, became a source of encouragement and strength. The pattern of prayer and praise that I had practiced throughout my life deepened and grew. And I found that my “brain story”—as my family and I lovingly began to call it—gave me all kinds of opportunities to connect with people and declare the hope, Truth, and glory of God in everyday conversation.

As God mercifully preserved my life, one of my responses was to ask Him to bring new life through me. He did. I gave birth to my first daughter about two years after my first surgery, then added another daughter who was followed by a son just a few years later. My first shunt moved around a lot in my abdomen during those years of pregnancy! Then when my third child was about five months old, my shunt failed in dramatic style, causing my brain to fill with fluid. Two holes had to be drilled into my skull to relieve the pressure before my shunt could be replaced.

Recovery after that surgery was extra challenging since I had four and two-year-old daughters and a five-month-old son to care for as I healed. The combination of mental and physical recovery from that emergency shunt replacement surgery along with the mental, physical, and spiritual demands of being a young mom was a lot. But I had learned some basic truths and a pattern of response during the days of those original brain surgeries.

The basic truths? God is the sovereign author and creator of the world and everything in it—including me (John 1:3–4). He is over all things, all circumstances, and all people—including me (Eph. 1:20–22). I am wholly and fully dependent on Him at all times for life, ability, and understanding. I am not in control of my life; I am a steward of the lives (my own and my kids’), health, abilities, and understanding the sovereign, authoritative creator God gives me, and I will display and declare Him to those around me any way He asks. Going through a health trauma as a young mother made that absolutely undeniable for me.

My brain and shunt held steady for several years as my family and I moved to a new state, added another son to our crew, then moved back to Michigan where our family had started. As we were transitioning to life with kids in elementary school, I experienced some warning signs that my second shunt was failing. We were grateful for the warnings and the ability to plan a shunt replacement instead of an emergency surgery this time. But complications came after the third shunt was implanted: I experienced a significant brain bleed that caused cognitive effects like confusion, memory loss, lack of focus, and extreme fatigue for a couple of months. Once again, I returned to the truths and patterns I had learned through my previous surgeries.

I am wholly dependent on Him for all things, at all times.

I am a steward.

I will display and declare Him in any way, to anyone.

I am grateful and I will praise Him.

New with this recovery was walking through it with kids that understood much more of what was going on. My husband and I had to answer a lot of questions, make many everyday adjustments, then explain and explain again what was going on and where our true hope should rest. While those conversations were often difficult and sometimes nearly impossible for me because of my cognitive challenges, there was also deep joy in seeing my children understand and trust God in new ways.

My Mission, My Hope

It’s been six years since that last shunt surgery as we come upon the twentieth anniversary of the beginning of this journey. Our family is in another new season with kids in middle and high school. Our oldest daughter is a senior, making college plans and decisions for life as a young adult. I’ve had a few warning signs that this third shunt may be approaching failure, but for now, I’m grateful for good health and holding to the pattern of trust and truth that God has grown in me. I’m struck by the kindness of God that in the midst of a tumultuous time in our country and world I have this opportunity to declare His Truth and trustworthiness.

I am a lover of God’s Word. I’ve been in it consistently throughout this journey, but two particular passages stand out. The first is a description of my mission, inspired by John 4:39–42: to share my testimony with others in prayerful hope that they will go to the Bible and Christ Himself to “know that this is indeed the Savior of the world.” The second is 2 Corinthians 4. The whole chapter is packed with purpose and rock-solid Truth, but these verses in particular have been both a bedrock and launching pad for me:

Therefore, since we have this ministry because we were shown mercy, we do not give up. Instead, we have renounced secret and shameful things, not acting deceitfully or distorting the word of God, but commending ourselves before God to everyone’s conscience by an open display of the truth. But if our gospel is veiled, it is veiled to those who are perishing. In their case, the god of this age has blinded the minds of the unbelievers to keep them from seeing the light of the gospel of the glory of Christ, who is the image of God. For we are not proclaiming ourselves but Jesus Christ as Lord, and ourselves as your servants for Jesus’s sake. (2 Cor. 4:1–5 CSB)

Therefore we do not give up. Even though our outer person is being destroyed, our inner person is being renewed day by day. For our momentary light affliction is producing for us an absolutely incomparable eternal weight of glory. So we do not focus on what is seen, but on what is unseen. For what is seen is temporary, but what is unseen is eternal. (2 Cor. 4:16–18 CSB)

It is my sincere hope and aim that as you have read my story, you’ve seen God’s character and Truth displayed. If you can relate to the experience of personal health trauma, the health challenges of a loved one, or even a particularly difficult season of life, I pray you have been encouraged and spurred on to persevere. If you’re contemplating some aspect of God or life as I’ve testified here, I’m asking that the Holy Spirit might give you understanding. Most of all, as you’ve joined with me at this twenty-year mark of my journey, would you also join me in saying:

I will bless the LORD at all times;
His praise will always be on my lips.
I will boast in the LORD;
the humble will hear and be glad.
Proclaim the Lord’s greatness with me;
let us exalt His name together. (Ps. 34:1–3 CSB) 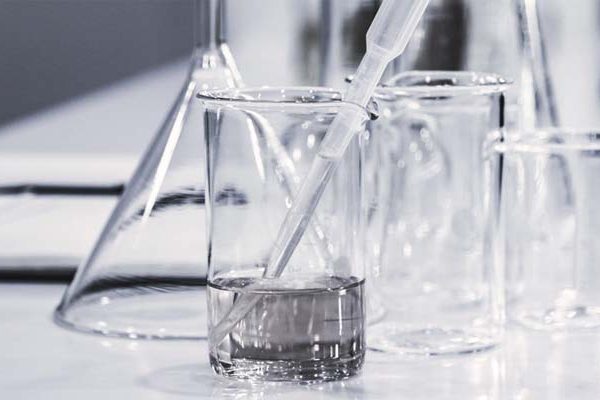 5 Ways to Cure a Critical Spirit

The Voice of God 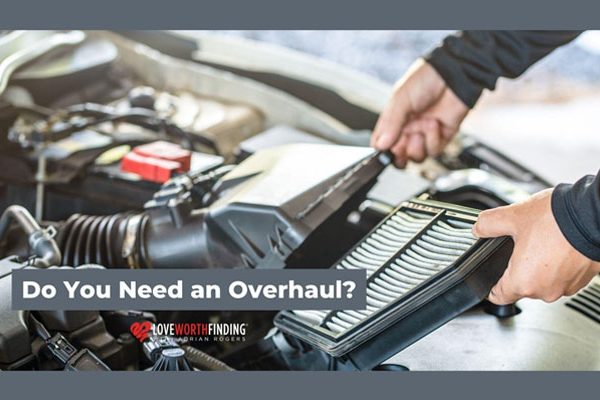 Do You Need an Overhaul?