One of the great promises of God is that we can be absolutely sure we’re saved, Heaven-born and Heaven-bound. If you are saved, you ought to know it. If you’re not saved, you need to be saved so you can know it. The truth is, you can know beyond any doubt that you’re saved.

Let’s examine 1 John 5:5-13 to find out what God says about being saved so you can be sure. “Who is he who overcomes the world, but he who believes that Jesus is the Son of God?” 1 John 5: 5

The Gospel of John was written to tell us how to be saved. The most famous verse in the Bible is in it: John 3:16. “For God so love the world that He gave His only begotten Son that whosoever believes in Him should not perish but have everlasting life.” That’s the how. John’s first letter to the churches, known as 1 John, tells us how to know we’re saved.

If you take a red pen to 1 John and circle the word “know,” you’ll find it over forty times. That’s what I call certainty. It’s not a hope-so but a know-so salvation, so you can say, “No matter what happens, I know I’m Heaven-born.” Look at the words. Depending on which translation you have, in the 1 John 5:5-13 passage you’re going to find the words “witness,” “record,” and “testimony/testify” often, as the Holy Spirit inspired John, so we can know.

The Bible says “A three-fold cord is not easily broken” (Ecclesiastes 4:12), and the source of our certainty is a cord of three strands:

The Atoning Work of the Savior

What Jesus did for us on the cross cannot be adequately described. There was no agony like His agony. The sins of the world were distilled upon him. Of the three men crucified that day, He died first because He died of a broken heart. One of the Roman soldiers, unsure Jesus could have already died, took his spear and pierced the Lord’s side. Out poured blood and water (John 19:33-34). Each are significant.

His Blood Cleanses from Sin

Blood removes the penalty of sin (“Without shedding of blood there is no remission” Hebrews 9:22). Jesus paid the penalty for my sin and yours.

Water cleanses us from the pollution of sin. We have no hope of Heaven apart from the water and the blood in the death of the Lord Jesus Christ.

The Abiding Witness of the Spirit

The Holy Spirit witnesses to you.

The Holy Spirit then witnesses in you.

When you receive Christ, the Holy Spirit takes up residence within you. “He who believes in the Son of God has the witness in himself.” 1 John 5:10

God’s Spirit speaks to your spirit that you belong to Him. It’s not an emotional feeling; it’s a certainty. He says, “You are Mine.”

If you live by emotions, you’ll always be on a roller coaster, your assurance of salvation going up and down with them. Emotions are fine, assurance can show up in your emotions, but the Spirit’s witness is far deeper.

The Affirming Word of the Father

God gave you a record, His written Word, the Bible. We learn about the atoning death of Jesus and the witness of the Spirit from the Word of God. “These things have I written to you…” 1 John 5:13

It’s so important that you believe His written Word, because from Genesis to Revelation it has one central message in two words, Jesus saves. The divine, inspired Word of God is settled in Heaven (Psalm 119:89) and was written to tell you how to go to Heaven and to give you that assurance that you are saved.

Father, Son, and Holy Spirit work together, a three-fold cord not easily broken, to enable you to say, “I know I have eternal life.”

Jesus is the source of eternal life

“And this is the testimony: that God has given us eternal life, and this life is in His Son.” 1 John 5:11

Apart from Jesus, there is no eternal life.

Jesus is the substance of eternal life

Christianity is not a creed, code, or cause, it’s Christ. It’s not a religion about Him. It’s not simply following His precepts. It is “Christ in you, the hope of glory” (Colossians 1:27). Jesus Christ is to your spirit what blood is to your body. Other teachers may point to life; Jesus says, “I am the life.”

Jesus is the surety of eternal life

God gave us a record, His Word, that goes beyond emotion.

If you and your wife file a joint tax return and the IRS says, “We want proof you’re married,” you don’t say, “Oh, I remember the emotion I had that day.” No, they’ll say, “That won’t count for our records, no matter how you felt. Got something better?” You show them the marriage certificate with a seal on it and say, “There’s the record, sealed and attested to.”

“Having believed, you were sealed with the Holy Spirit of promise.” Ephesians 1:13

A little boy was in a revival meeting. The pastor preached from John 5:24:

Most assuredly, I say to you, he who hears My word and believes in Him who sent Me has everlasting life, and shall not come into judgment, but has passed from death into life.

He wanted absolute assurance he was saved. He remembered the verse. Where was it? He looked up John 5:24: “Most assuredly, I say to you….” Most assuredly? That means for sure. “I say unto you,” Jesus said it. “He who hears My word,” I heard it. “And believes in Him who sent Me,” I believe. “Has everlasting life.” I have everlasting life. I’ve done it! The Word says so!

It seemed to him that Satan was under his bed, so he took his Bible, opened it to that verse, stuck it under the bed, and said, “There, devil! Read it for yourself!’” From then on, doubt left.

When the devil gets on your trail, don’t argue with him. He’s not worth it. Point him to the Word of God and step out of the argument. Let him argue with God Himself, who said, “He who has the Son has life; he who does not have the Son of God does not have life.”

Do you want to be saved? Then pray this prayer:

Dear God, I know You love me, and I know You want to save me. Jesus, thank You for paying for my sin with Your blood on the cross.

I believe You’re the Son of God. I believe God raised You from the dead, and I now receive You as my Lord and Savior and Master forever.

Save me, Lord Jesus, and help me never to be ashamed of You. Save me by Your grace and keep me for Your glory.

And, Lord Jesus, I thank You for doing it. I will make it public. I will not be ashamed of You. And I will live for You the rest of my life as You give me strength.

If you prayed that prayer, we’d love to celebrate with you & come along side you with resources to encourage your new faith. 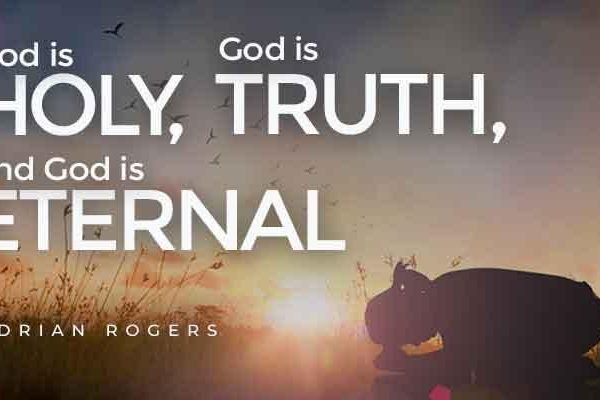 God is Holy, God is Truth, and God is Eternal 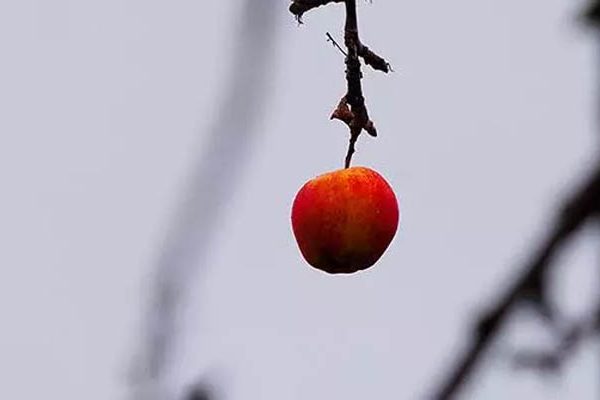