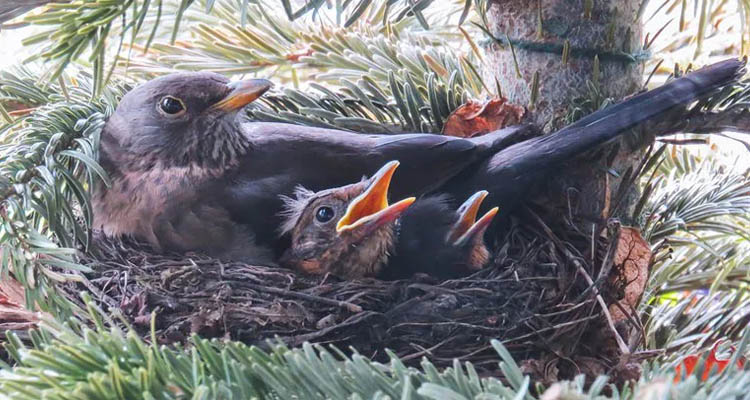 My first baby bird was about to take flight.

I had told myself that I’d be fine. That he would be fine. It wasn’t our first rodeo, after all. He was starting his third year of college, not as a fresh-faced eighteen-year-old with a still warm high school diploma, but as a (bearded!) nearly twenty-one-year-old, perfectly capable of making a doctor’s appointment and a batch of scrambled eggs while doing a load of laundry.

But it turns out I wasn’t fine. As it happens, I would much prefer him making appointments, scrambling eggs, and mixing his colors with his whites under my roof. Under my watch. Instead, Seth was setting off on a new journey—one which we had painstakingly prayed through and planned for with him—changing schools, changing majors, changing the makeup of our home and family in a way that “Mom, I’ll be back for holidays and summer” can’t quite mend.

From now on, things will be different.

Because birds and babes are meant to leave the nest.

I love the look of a sensible fern gently rocking in the breeze as it hangs from my front porch. Ferns are stable. Cost-effective. Hardy, yet delicate and soft at the same time. Ferns, in my view, are a “comfort plant”—the botanical equivalent of a steaming hot plate of chicken pot pie. So earlier this summer when my steadfast hanging fern began to look wilty on one side, it was time to investigate. What was causing my plant-friend such distress?

My husband was charged with the investigation (being short has its challenges) and returned with a photo: a cluster of baby blue eggs, hemmed in by a carefully-crafted nest of twigs on a soft cushion of dried grass. A mama bird had made our porch her home.

Suddenly the situation became clear (We realized we should probably be a little more careful when watering.), and I was reminded of Psalm 84:

How lovely is your dwelling place,
Lord of Armies.
I long and yearn
for the courts of the Lord;
my heart and flesh cry out for the living God.

Even a sparrow finds a home,
and a swallow, a nest for herself
where she places her young—
near your altars, LORD of Armies,
my King and my God.
How happy are those who reside in your house,
who praise you continually. (vv. 1–4)

“Even a sparrow”—what grace! God has built it into these mama birds to build a home in which to nurture their young ones even before they are born. And not just any location will do: they choose somewhere out of harm’s way, placing their wee ones “near the Lord.”

Yes, I thought. That’s right. Mamas are supposed to protect their young.

But not for long.

Timing Isn’t Everything, but It’s a Lot

Over the next few weeks, watching this little bird family as I sipped my morning coffee on the porch became my passion. When life finally poked its way through the fragile, dusty-blue shells, my family and I marveled at God’s good creation: delicate skin with just the slightest downy coat, yellow-gold beaks wide open, ready to receive nourishment, and the constant provision by both mom and dad all day long. Back and forth, back and forth. Hunt, feed, fly; hunt, feed, fly; all day long. Call me sentimental, but it was a better summer blockbuster than any movie I’ve seen this year.

That is until one day when, without notice, my beloved neighbor birds began to leave, one by one. We had moved the fern slightly that day, carefully lifting it off its hook just momentarily, then replacing it with all the gentleness of a first-time parent lowering a baby into a bassinet. Within minutes, one downy little finch, just beginning to grow his feathery coat, stood on the edge of the pot and took a leap, fluttering his tiny wings all the way to the soft green grass below. I was mortified. What will he do now? I thought. He looks way too young to be on His own.

I worried. I fretted. I Googled advice from the Audubon Society, which assured me that if the bird was beginning to feather and was not in danger of being stepped on or eaten by a cat (yikes), I should just leave him alone. So I watched all day as he hopped around our yard, pecking about under the shade of a giant maple tree, until he got his footing. Then, in a moment of what can only be described as extreme bravery or headstrong foolishness, my little bird friend hopped his way all the way across the street.

And we never saw him again.

His parents continued their three-squares-a-day meal service (or maybe more like ten!) for several days longer, giving DoorDash a run for its money as they cared for what remained of their brood. A few days later two more birds were gone, and we waited eagerly for the last two to follow.

We waited. And we waited some more. These two were beginning to look downright chubby, barely fitting in the nest together. Once in a while, they would hoist themselves up on the edge of the pot, look around, assess the situation, and . . . nope. Back into the nest they’d go. Watching what reminded me of a pair of twenty-eight-year-old men living in their mom’s basement playing video games all day, I knew: it’s not good for birds (or babes) to stay too long.

They’re meant to leave the nest.

Aren’t You Worth More than They?

Did my husband (and probably my neighbors) think I was a little crazy as I watched and waited and fretted over these birds? Yes, I’m sure. The day the first one left the nest my husband said, “The mama bird isn’t worried. You don’t need to worry, either.”

I knew my husband couldn’t answer the question affirmatively any more than he could predict the future, but I wanted him to say the words I needed to hear: “Let God take care of him.”

This is, after all, the God who said,

But I will show you the one to fear: Fear him who has authority to throw people into hell after death. Yes, I say to you, this is the one to fear! Aren’t five sparrows sold for two pennies? Yet not one of them is forgotten in God’s sight. Indeed, the hairs of your head are all counted. Don’t be afraid; you are worth more than many sparrows. (Luke 12:5–7)

God saw and cared for my little finch friends when I didn’t and couldn’t, and while we’re on the subject, doesn’t he care for my boy exceedingly more?

Yes. Down to the last hair on his head.

God cares about my son’s life, what he will eat and what he will drink, about his body and what he will wear, and beyond those details, God cares about the things that really matter (Matt. 6:25): his heart and his soul. I can’t add a single minute to my son’s life by worrying. It does him no favors if I become a “snowplow mom,” pushing every obstacle out of his path. Is there something I can do? I can seek the kingdom of God, first in my life and then on my son’s behalf. I can storm the throne room of heaven and pray for opportunities to encourage him when he needs it (Matt. 6:33). I can take my husband’s advice and let God care for him now.

Just like the sparrow and the house finch, my job as a mother is to recognize that my children are not truly mine. I have the privilege of spending my days coddling and caring for them for a few short years, and then my job is to be available and present, but to let them go.

The Rest of the Nest

Fellow mama, are you watching in fear as your young ones approach dangerous crossroads? Single sister, do you feel like you’ve been pushed out of the nest too soon or like you’re suffering from “failure to launch”? Older sister, do you feel like you’ve been left alone and without purpose in an empty nest? Rest assured, your every hair is counted, too. “Don’t be afraid; you [and your children] are worth more than many sparrows.”

I’m not done with hard goodbyes—the five children remaining in my nest will make sure of that. But having gotten through this first one, I can confidently say, “Therefore don’t worry about tomorrow, because tomorrow will worry about itself. Each day has enough trouble of its own” (Matt. 6:34). And birds and babes are meant to leave the nest. 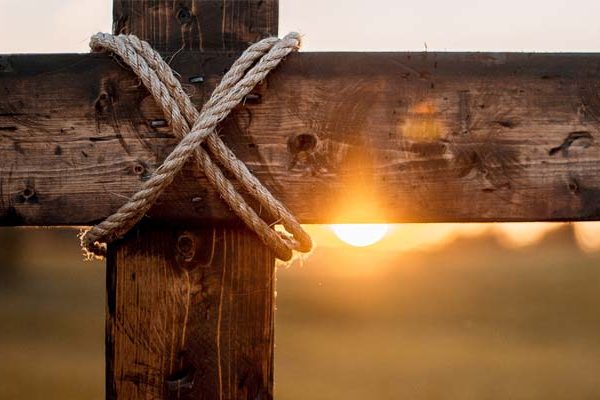 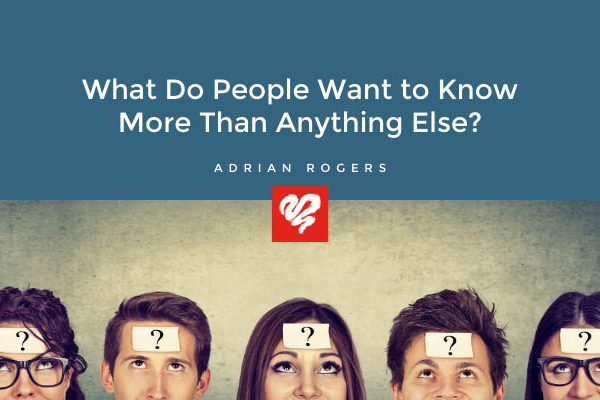 What Do People Want to Know More Than Anything Else?

The Son Makes You Free