When it comes to ending abortion in America, all eyes are on the US Supreme Court. God willing, we have a majority of justices who believe the constitution does not grant the right to unfettered abortion throughout pregnancy.

I trust we have something else working in our favor to ensure that Roe is existing on borrowed time.

The US Supreme Court doesn’t operate within a vacuum. Like any other citizen, each justice is keenly aware of the turmoil and controversy generated by Roe v Wade and its companion case Doe v Bolton.

They are also mindful that the American people oppose the extreme and brutal abortion policies currently protected under their watch.

The voice of grassroots America has grown stronger, become more impassioned, more unified and more aware of the urgency of the issue before us. Each day nearly 2,500 unborn American citizens are denied the basic human right to live, and are brutally and inhumanely snuffed out in abortion centers across the nation.

Compassion and a deep and abiding hunger for justice has compelled pro-lifers to condemn this crime against humanity. Americans, including justices of the Supreme Court and world leaders around the globe have heard this benevolent voice for life.

It has been expressed in a number of obvious ways.

The Guttmacher Institute lamented recently that over 500 pro-life bills have been introduced since January 1, 2021, and that this may perhaps be the most damaging state legislative session ever disassembling the status quo of unrestricted abortion. To date, 61 of them (including resolutions) have been signed into law. It’s as if some states are competing to be the most pro-life!

Further, states are willing to go to the mat in defending their defense of innocent life. Texas Attorney General Ken Paxton recently joined a 19-state coalition, defending Indiana’s bill that facilitates parental notice before a minor can have an abortion.

Based upon the onslaught of pro-life bills and the sheer fact that some expose the extreme agenda of the abortion industry, Planned Parenthood and the ACLU have been forced to pick their court battles carefully.

Passionate advocacy for life is growing on the municipal level also. Lubbock, Texas became the 25th and largest city to declare itself a sanctuary city for the unborn. When the city council failed to act on behalf of the will of the people, a city-wide vote was taken and passed by almost two to one.

Grassroots pro-life action has grown in the form of peaceful and prayerful presences in front of abortion facilities. 40 Days for Life that leads many of these events boasts on their website that since 2007, 18,816 babies have been saved, 110 abortion workers have resigned, and 110 abortion centers have been closed.

The work of just a handful of people generated a behemoth amount of bad press for the abortion industry. They exposed the sale of aborted baby body parts for profit.

Countless caring individuals have built a network of pro-life pregnancy centers that collectively provide hundreds of millions of dollars in free services to their communities by assisting young women and men facing unexpected pregnancies.

This is just a sampling of a mountain of evidence that America rejects the legitimacy of abortion.

It hasn’t been lost on the current justices of the US Supreme Court that Roe and Doe opened a Pandora’s Box that unleashed a controversy not seen since slavery. It should also be clear to them that like the abolitionists, pro-lifers will not rest until the grave injustice of abortion is itself aborted.

Watch How You React

What Holy Week Can Teach Us about Disappointment 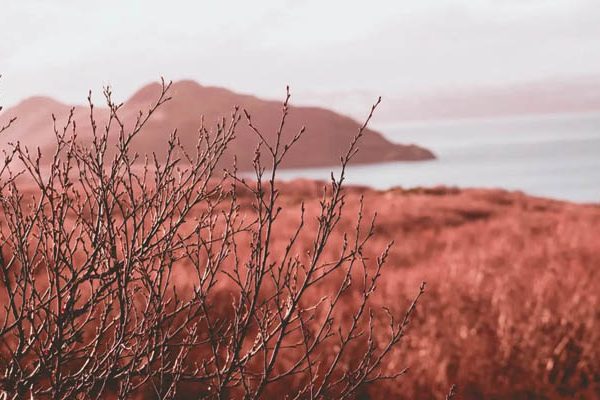