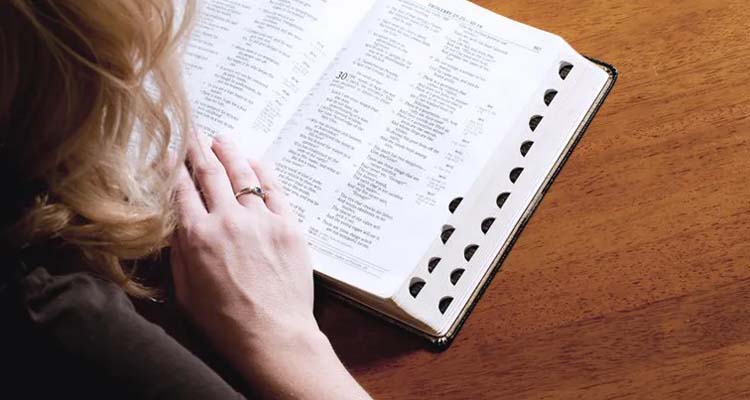 With these words, Paul begins his long journey toward Rome, the epilogue to the book of Acts not preserved for us in Scripture. Luke keeps the story moving through the birth and growth of the New Testament church, taking us from Pentecost, to the first Gentile convert, to Paul’s conversion and his three missionary journeys.

However, Luke shifts to low gear for the final chapters of Acts as Paul, who is now on trial for preaching the gospel in Jerusalem, makes his way to Rome to appeal his case to Caesar. Before he can get to Italy, he must first make his case to three leaders in Caesarea: Felix, Festus, and Agrippa.

Luke is sparse on the personal details of these rulers, but he does supply how each of them responds to the Word of Life. Though these men were not followers of Christ (nor would they be, as far as we know), their responses to truth should be cautionary for believers as well.

After Paul testifies before the high priest, he lets it slip that he’s a Roman by birth, giving him the right to appeal his case to the Roman courts. Eventually this will allow him a hearing before Caesar, but before he gets there, Paul must testify before Felix, the governor of Judea. Felix listens to Paul’s testimony of salvation and seems interested but doesn’t seem to want to do anything about it. He ends up keeping Paul around for a couple of years, apparently hoping that at some point Paul would bribe him to get out (Acts 24:26). Meanwhile he summons Paul often to converse with him. Felix would be removed from office without receiving a shekel from Paul, and, more importantly, without ever taking the truth to heart.

Unbelievers like Felix are not alone in the camp of procrastination. We who have embraced the gospel can fall into this trap as well.

Perhaps one of these excuses will sound familiar:

I realize that time in the Word may need to look different in various seasons of life. (As I write this, I have my own infant daughter draped across my arms!) We need to give ourselves grace in those times for study not to be as deep or even as frequent. However, our hearts have such a proclivity toward procrastination that that “grace” can quickly become an excuse. And once it does, another one will always come around to take its place. We must redeem the time that we do have, even if it’s only fifteen minutes twice a week. It’s not about the amount of time, but about the stewardship of it.

Nero removes Felix as governor and appoints Festus to take his place. Festus inherits Paul as his prisoner and quickly realizes that the incarcerated apostle is innocent of any crimes and shouldn’t have to stand trial. Paul’s case, he says, ought to be settled in Jerusalem among the Jews with whom he has disagreement. However, because of Paul’s desire to stand before Caesar, Festus has to get involved. He listens to Paul’s testimony alongside King Agrippa.

When Paul finishes, Festus offers a candid response: “You’re out of your mind, Paul! Too much study is driving you mad” (Acts 26:24). In other words, Festus simply cannot believe such an outlandish story. And who can blame him? A blinding light from heaven, a voice only Paul can hear, temporary blindness, scales falling from his eyes, a Jewish carpenter coming back to life—Paul’s testimony and the gospel itself—require a belief in supernatural events that are inexplicable apart from the work of God Himself.

Reader, you’re probably not in the camp of Festus. You likely believe that Christ died and rose again three days later. You have no problem accepting that He walked on the waves, turned water into wine, and fed more than five thousand people with five loaves of bread and two dinky fish. However, do other parts of Scripture strike you as unbelievable? I’m not talking about the miracle parts; I’m talking about the uncomfortable, against-the-grain, I’d-rather-not-believe-that parts.

Every one of those truths flies in the face of what contemporary culture teaches. To believe the Bible is to be crazy in the eyes of the world. Or, worse yet, to be “on the wrong side of history.” Professing believers in Christ who want to have a foot in both camps are everywhere. They turn their back on the truth of Scripture to remain relevant and avoid being “canceled.” Like Festus, they have decided that God’s Word is too crazy to be true. How about you?

While Festus thought that Paul had gone mad with learning, King Agrippa (descendant of the Herods in the Gospels) might have been persuaded, but he wouldn’t believe so easily. He believed the Old Testament—the Pentateuch, the Prophets, the Proverbs—but he wasn’t so sure about Jesus. It seems that, like Thomas doubting Jesus’ resurrection, Agrippa wanted more proof.

Wanting evidence of the validity of the Bible or the resurrection of Christ is not necessarily sinful. Thankfully, we have scores of apologetics books chock-full of proof, arguments, and evidence for much of what Scripture says. Those volumes have helped many, and I’m grateful for them. However, it’s not just seekers who are skeptical.

Do any of these thoughts sound familiar?

The prophet Habakkuk understood these types of questions. After God showed him that He would judge Israel’s sins using the Chaldeans (who were Babylonians and a people more pagan and outwardly wicked than Israel), Habakkuk couldn’t believe it. “How can this be so?” he asked God. God’s answer was simple, and it became one of the most often quoted Old Testament verses found in the New Testament:

Ultimately, we must respond to God’s Word and to God Himself in humble faith. We don’t believe naively—it’s not blind faith—but it is faith, the “conviction of things not seen” (Heb. 11:1). In the words of the inimitable Elisabeth Elliot: “You either believe God knows what He’s doing, or you believe He doesn’t. You either believe He’s worth trusting, or you say He’s not, and then where are you?”1

Our response to truth—to every single word, whether it’s culturally acceptable or not—matters. So, what will you do with the Living Word that . . .

May we respond to it with humility and meekness.
Therefore put away all filthiness and rampant wickedness
and receive with meekness the implanted word,
which is able to save your souls.
—James 1:21 esv, emphasis added 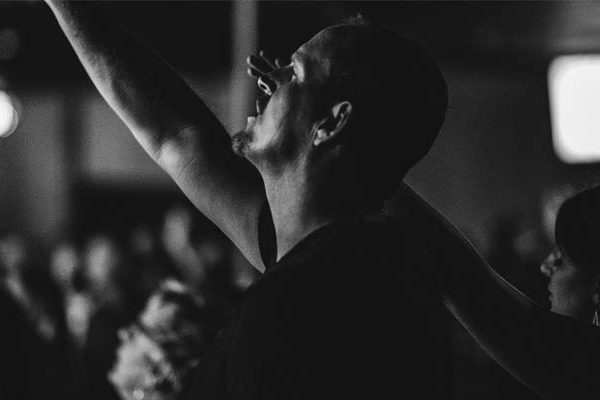 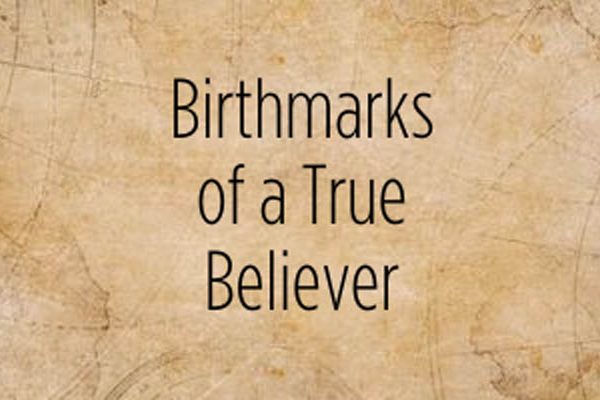 Birthmarks on the True Believer 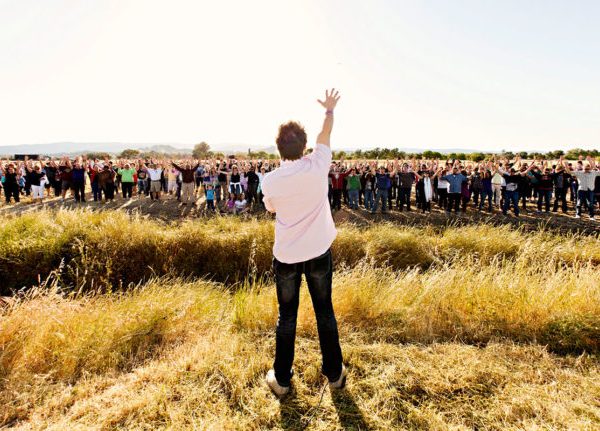